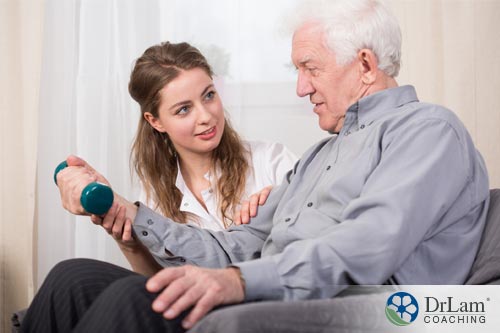 A few years ago, whole body vibration (WBV) was all the craze. It was showcased in awkward ads where you’d watch people sit or lie on machines that would vibrate at high speed, jiggling and shaking their bellies and bodies. Touted as weight loss exercises that didn’t require you to do much exercising yourself, they supposedly worked by making your muscles contract and relax in rapid succession in order to adapt to the vibrations going through your body.

The benefits of this method are contested, though fans swear by the whole body vibration machine’s ability to help you burn fat in as little as 15 minutes three times a week. Because of the contraction and relaxation of muscles at such high speed, it may truly feel as though you are exerting yourself, even though you are doing so passively. But without enough scientific evidence, our knowledge of the efficacy of WBV, as compared to more traditional forms of active exercising, is still somewhat lacking when it comes to weight loss.

This doesn’t mean we should disqualify it just yet, however, because there may be other health benefits from this unique method. Indeed, these machines are making an interesting come-back, and they are being tested for other, possibly more real, health benefits. These potential benefits span the gamut, improving things like:

Though that list makes WBV seem like a magic bullet for so many health issues, it is always good to remember that there is no such thing. Any method you incorporate into your lifestyle must be accompanied by the tried-and-true cornerstones of health: the right kind of exercise, nutrition, stress management, good sleep, and a well-planned recovery plan from any existing health conditions.

Whole body vibration must also be used with caution, as in some cases it can be more harmful than helpful, like any other forms of physical exercises that are not suitable for specific situations. This is especially the case if you are pregnant, frail, or in advanced stages of certain health conditions, like adrenal fatigue treatment.

It is also important to understand that this method is not a replacement for cardio or strength training, both of which are vital parts of a healthy lifestyle once you have reached a certain level of capability after recovering from a more debilitated state.

This is why, if you intend on implementing this method, make sure you consult with your doctor first before you buy a machine or start using one at your local gym.

Putting WBV to the Test

So far, results are mixed. As these machines are tested for some of the health benefits they are purported to have, more testing is needed for conclusive results. For example, when tested for their ability to slow down osteoporosis and bone loss, they were shown to not have enough force to remodel bones, according to Dr. Bruce Dobkin of UCLA’s David Geffen School of Medicine’s Neurologic Rehabilitation and Research Program.

Other studies show improvements in rheumatoid arthritis with just two sessions a week of 15 minutes of WBV, while other studies show no difference in Parkinson’s between WBV and a placebo form of training.

There is a lot of interest in this method because some of the conditions WBV might help are in dire need of any form of intervention, as current methods are lacking or have negative side effects. By no means is WBV going to replace the current go-tos for conditions like Parkinson’s disease any time soon, but adding complimentary or supplemental therapies may improve a very difficult situation.

One of the areas where whole body vibration can be truly beneficial is in motivating sedentary or older people to use it who are unable to manage other forms of exercise. With a machine at home, a short session duration, and no active exertion required, some people find it much more doable than even light forms of active exercise.

And if after a while they feel some improvement, physically and mentally, they may be able to upgrade to other forms of exercising, such as walking or adrenal yoga. Plus, there are some whole body vibration exercises that add squats and other calisthenic exercises to the mix to get your body moving.

In one study, using these machines did, in fact, increase older people’s range of motion and decrease their fear of falling, which may help them to stay more active.

Hopefully, more testing will be done on different conditions, in ways that can give us clearer results regarding the benefits and possible hazards of using WBV machines.

One thing especially interesting about WBV is its supposed ability to balance certain hormones, like cortisol. If this is indeed true, it can become a new ally in the fight against adrenal fatigue and the dysregulation of the NeuroEndoMetabolic (NEM) Stress Response.

The NEM is the body’s global response to stress, engaging six circuits of organs and systems that react in order to help you adapt to stressors and reduce their harmful effects. The adrenal glands, part of the hormonal circuit of the NEM, secrete the body’s main anti-stress hormones, including cortisol.

When stress becomes chronic, the adrenal glands begin to work harder at first in order to produce more and more cortisol. This marks the beginning stages of AFS. At some point, however, they become exhausted and can no longer produce enough cortisol, marking the more advanced stages of AFS.

When the adrenal glands dysregulate, the rest of the NEM has to compensate, which oftentimes makes the entire stress response system vulnerable to dysregulation as well. This can affect metabolism, detoxification, the immune system, and it creates a state of chronic inflammation in the body.

And because chronic stress has become a fixture in modern living, AFS and the dysregulation of the NEM run rampant, making them the most under-identified health issues of our times. And so, any new and unconventional methods of supporting recovery from adrenal fatigue and the rebalancing of the NEM are very interesting.

Unfortunately, at this point in time, there haven’t been enough scientific studies done on the effects of whole-body vibration on cortisol levels, but the few that have come out are showing positive results.

Their blood samples were tested for concentrations of cortisol, testosterone, and growth hormone, and the results showed that there was a decrease in cortisol and a significant increase in testosterone and growth hormone. Also, their neuromuscular efficiency increased, showing WBV to have benefits for athletic performance.

Of course, it is important to have more tests and evidence before jumping on the WBV wagon for AFS recovery. And it is essential to first get the green light from an experienced professional before trying out any new methods. This is especially the case if your AFS is in an advanced stage. Clinically, we do see some people benefiting from WBV. Those who are stable and strong tendency to do the best. The more severe the AFS, the higher the risk of adrenal crashes and worsening fatigue. Sometimes there can be transient moments of feeling more energized after a WBV session, only to be followed by energy slumps or crashes.