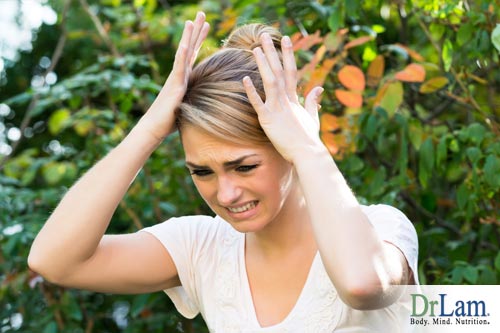 Do you have problems falling asleep at night, or wake up during the night feeling as if you have an adrenalin rush, or with a panic attack, or even due to nightmares? These could be symptoms of neurotransmitter dysregulation. The quickest way to help you out of this predicament may be slow release melatonin.

But, this still leaves certain questions unanswered, such as why is this happening to me, what is neurotransmitter dysregulation, and what does slow release melatonin have to do with it?

Regulation of sleep, in our body, can be greatly affected by neurotransmitters and hormones. These are brain chemicals that regulate the distribution of every thought process and control signal that is processed by the brain, and then forward them on to different glands, organs, nerves, etc. In other words, they tell your stomach to secrete digestive juices, your liver to detoxify the body, the adrenal glands to produce and secrete the hormones necessary to either fight or flee, and the heart to pump blood.

These neurotransmitters include the following hormones:

There are a number of symptoms that those, who have this problem, encounter. The majority are also related to adrenal fatigue. They include:

The causes of each person’s dysregulation may be different or due to more than one factor. The most common factors include:

One needs a balanced diet containing the vitamins, minerals, and amino acids needed by the body in order to create the necessary neurotransmitters in order to function optimally. Where diet is lacking, an imbalance usually follows, compromising, amongst other things, your sleep patterns.

Stimulants derived from coffee, chocolate, and certain medications have an adverse effect on your neurotransmitters as they create a resistance to it. Selected glandular and herbs also can have stimulatory properties, including licorice, ashwagandha, maca, and green tea.

Lifestyle plays a huge role with regards to the production of your brain’s melatonin. Due to the fast-paced life we live today as compared to our great-grandparents, we are increasingly exposed to higher levels of stress and overworked. Stress plays an important role in melatonin production, while it has a huge effect on the general production of hormones throughout the body, most noticeably, at first, in the adrenal glands and brain.

Too much external stimuli

We are constantly bombarded by visual and auditory stimuli. It is everywhere around us, from motorcars to television, to a radio, to radio waves, to fluorescent lights. We cannot, in the world we live in today, get away from it. These stimuli are constantly bombarding our senses, keeping us stimulated, and in doing so, compromising the production of melatonin, the hormone needed for sleep.

The gastrointestinal tract is one of the largest sources of neurotransmitter precursors. When it is compromised, it, in turn, compromises the production and thus the functioning of your body’s neurotransmitters. Common causes for a decline in this type of functionality includes intestinal permeability (also commonly referred to as leaky gut), Candida, and inflammatory bowel, amongst others.

Serotonin is the precursor of melatonin, which is primarily a sleep-inducing hormone. When your melatonin levels are compromised, disturbed sleep, difficulties with falling asleep, and other such issues such as nightmares, as an example, are often the result.

One of the ways in which your melatonin production is hampered is due to too much light. Slow-release melatonin needs darker conditions in order to be produced. When less melatonin is produced, it skewers things in the favor of cortisol, which keeps the body alert and ready for action. The overproduction of cortisol due to various reasons, however, has the same effect.

During this process, other functions, deemed non-essential for life, are either limited or stopped. Once the threat is over, the brain signals as much to the pituitary gland that in turn sends out its ‘all clear’ signal and normal functionality is returned. This is the body’s normal response to any stressful situation, whether it is physical, psychological, or environmental in nature.

The hypothalamus, pituitary gland, and adrenal glands are commonly referred to as the HPA-axis and are part of the endocrine system – a collection of glands throughout the body responsible for the production of the hormones that regulate your metabolism, sexual function, growth and development, and a host of others browse around here.